Collaborative Law, or Collaborative Process as it is sometimes called, is a process for resolving disputes by encouraging settlement. Many people have heard of it as a way to resolve divorces, but it also works to resolve civil disputes as well, sometimes with variations tailored to the needs of a particular case.

The Collaborative dispute resolution process is a highly structured approach to settlement intended to resolve cases faster, with less disruption on both sides, with full confidentiality and often at significantly less expense than protracted litigation. The Collaborative approach encourages the parties to move beyond entrenched positions while giving them the flexibility to design a customized settlement beyond the limited range of solutions available in court. It is a different, less hostile way of approaching a disagreement even once lawyers have been brought in.

Not Read Your Miranda Rights? Refused To Take The DUI Tests?

If you’ve been pulled over for driving under the influence, you’re probably wondering what’s going to happen next. A lot of that will depend on what actually happened at the scene, and whether or not proper procedures were followed. This is usually the first thing that both a good defense attorney and most likely yourself, […] 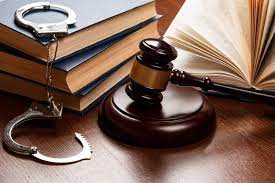 Your Guide To Finding Accident Lawyers That Will Work For You